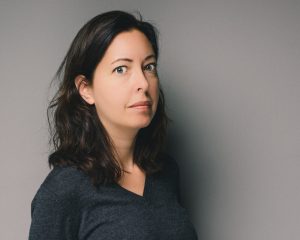 Award-winning writer Sarah Manguso will read from and discuss her memoir The Two Kinds of Decay in this online Zoom webinar.

Rounding With… is a series of mini-symposia, free and open to the public, in which an invited guest working in the field of narrative medicine gives a public reading or lecture and facilitates an interprofessional education (IPE) workshop.

This series is sponsored by the Wake Forest University Humanities Institute, made possible in part by a major grant from the National Endowment for the Humanities, and with support from an Engaged Humanities Grant received by the university from the Andrew W. Mellon Foundation.

Sarah Manguso is the author of eight books. Her first novel, Very Cold People, is forthcoming in 2022.

Her previous book, 300 Arguments (2017), a genre-defying work of aphoristic nonfiction, was named a best book of the year by more than twenty publications. Her other nonfiction books include Ongoingness: The End of a Diary (2015), an essay on self-documentation, motherhood, and time; The Guardians (2012), an essay on friendship and suicide; and The Two Kinds of Decay (2008), an essay on living with chronic illness, which was shortlisted for the Wellcome Book Prize and longlisted for the Royal Society Winton Prize.

Manguso’s story collection, Hard to Admit and Harder to Escape (2007), was published by McSweeney’s as part of 145 Stories in a Small Box and was preceded by two poetry collections, Siste Viator (2006) and The Captain Lands in Paradise (2002), poems from which won a Pushcart Prize and appeared in four volumes of the Best American Poetry series.

Manguso is the recipient of a Guggenheim Fellowship, a Hodder Fellowship, and the Rome Prize. Her other projects include several collaborations with composers, most recently Re-Formation (with Sebastian Currier), the premiere of which was named one of the best classical music performances of the year by the New York Times.

She has served as the Mary Routt Chair of Creative Writing at Scripps College and a Distinguished Visiting Writer at St. Mary’s College, and has taught at Princeton, Columbia, and the Pratt Institute.

A citizen of the United States and Ireland, she grew up in Massachusetts and now lives in Los Angeles, where she teaches in the low-residency MFA program at Antioch University.